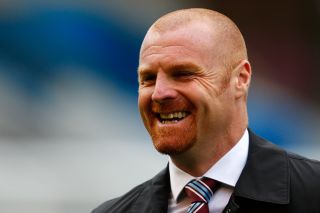 Sean Dyche's men have lost just one league game this season and boast a three-point lead at the top of the table.

They did suffer a 2-0 defeat to West Ham in the League Cup on Tuesday, but are still likely to be high on confidence as they take on a Millwall side who have not won in more than a month.

Leicester City are Burnley's nearest challengers and take on Watford at Vicarage Road in search of a fourth straight success in all competitions.

Nigel Pearson's men recorded a thrilling 4-3 victory over Fulham in midweek and are the only team from outside the Premier League in the last eight of the League Cup.

Watford, meanwhile, sit one place outside the play-offs and will be keen to bounce back from a first home loss of the season, at the hands of Derby County, last time out.

The latter are a point behind Leicester in third but winless in three following a goalless draw with Wigan Athletic on Wednesday.

There is a meeting between fourth and sixth at Bloomfield Road, where Nottingham Forest will hope to get back on track after their surprise defeat to Yeovil Town by beating Blackpool.

Wigan host Huddersfield Town on Saturday, while Birmingham City, another side on midweek duty, welcome Charlton Athletic to St Andrew's.

Birmingham's League Cup campaign came to an end against Stoke City, but only after the Championship side had courageously fought back from 3-1 down with 10 men to take the tie to extra-time and, ultimately, a penalty shootout.

Bottom club Sheffield Wednesday will continue their search for a first win when Reading visit Hillsborough.

Fellow strugglers Barnsley and Yeovil each have away games, against Ipswich Town and Leeds United respectively.