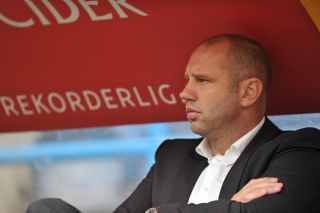 A 1-0 home defeat to Championship strugglers Brighton and Hove Albion on Saturday was the final straw for Charlton's board, and Peeters was relieved of his duties a little over 24 hours later.

Peeters arrived at The Valley following the departure of Jose Riga in May 2014 and the club made an impressive start under his stewardship.

Charlton did not lose any of their opening 11 Championship games but, after being beaten by Bournemouth on October 18, the London club have won just two of their 13 league fixtures.

Charlton are now 14th in the table with 31 points from 25 matches - just eight points clear of the relegation zone.

Charlton's next game sees them travel to Watford on Saturday.