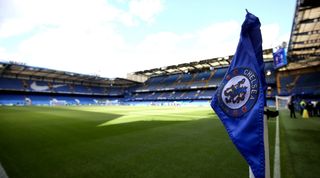 Chelsea are currently banned from signing players for two transfer windows after being found to have broken rules on the signing of minors.

Clubs are forbidden from securing players under the age of 16 on cross-border contracts or offering incentives.

But German outlet Der Spiegel reports that documents from Football Leaks show that Ballo, who is now 17, was paid £10,000 by Chelsea while underage in 2016.

The Premier League side officially announced the signing of the highly-rated prospect on January 2, 2018 from Viktoria Koln’s B team.

The report suggests that Ballo’s surprise move to the Bundesliga West side from Bayer Leverkusen's academy in the summer of 2016 happened because Chelsea “parked” him there until he was old enough to complete a move to England.

It goes on to claim that Ballo, his guardian and his mother signed a deal with the Blues aged 14 that would see him join the club in summer 2018. He would earn £135 per week on a “scholarship agreement” for the first year, before seeing his earnings rise to £215,000 per year in the summer of 2019.

Chelsea reportedly sent a payment of £10,000 to the player within a week of him signing, while a second contract was also penned that outlined high bonus payments which would effectively act as an advance on his move to London.

The structure of any such deal would violate FIFA rules over the transfer of underage players, as well as Premier League rules that forbid financial offers being made to tempt young players.

Ballo’s guardian Peter Huemerlehner was contacted by the outlet for comment and said the decision to join Chelsea "was made by Ballo alone and we gave our blessing once we felt we could guarantee stable social and personal surroundings".

He added that the numbers “did not reflect the facts” but wouldn’t provide alternative sums. He said that Chelsea  "with its financial support, provided the possibility to shape things as such".

Regarding possible violation breaches, he responded: "I honestly can't speak to legal questions, but we consistently had the impression that everything was done in harmony with the regulations."