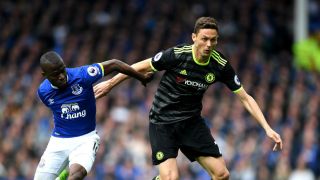 The Stamford Bridge club remain favourites to claim a second Premier League title in three seasons, but have not raced away from the competition as they did in 2014-15.

Spurs' 2-0 win over London rivals Arsenal on Sunday ensured the gap at the summit remained at four points with four games remaining and Mauricio Pochettino's side play their next match at West Ham on Friday – three days before Chelsea host relegation-threatened Middlesbrough next Monday.

"I think this year is more difficult," said Matic, as quoted by The Mirror. "We finished 2015 eight points clear of Man City. I'm not sure this will be the case with Tottenham.

"I'm sure they will not give up until end of the season. At this moment it's hard, but we will see. Each time we win, they win. Two years ago that was not the case.

"The important thing is that we are playing well, we take points and we will see if they can drop some points."

Spurs host Manchester United in their final home match of the season and Matic – who scored spectacularly to sink their title foes 4-2 in the FA Cup semi-final at Wembley last month – hopes an apparently more straightforward run-in should help to see Chelsea over the line.

"They have some difficult games, home and away, so everything is open until the end," the Serbia international added.