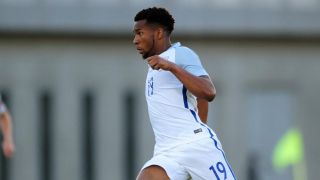 Chelsea midfield prospect Kasey Palmer will spend the 2016-17 season on loan at Huddersfield Town after the deal was confirmed on Friday.

Palmer was named among the Chelsea first-team substitutes twice last season, though he is yet to make his debut for the Premier League giants.

The England under-21 international has been a constant in Chelsea's under-21 team that has enjoyed plenty of success in recent seasons, winning the FA Youth Cup, the UEFA Youth League and the league title.

Now, he will look to prove his worth in senior football in England's second tier, joining Huddersfield – one of the most prolific clubs in the loan market, having already brought in Manchester City midfielder and Australia international Aaron Mooy and Liverpool's Danny Ward.