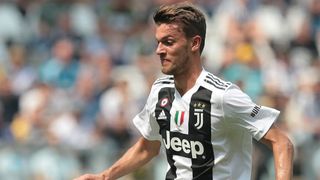 The 23-year-old Italy international defender worked under Sarri during his loan spell at Empoli.

Speaking prior to Juve's International Champions Cup clash with Bayern Munich in Philadelphia, Torchia acknowledged Chelsea's pursuit, though he insisted Rugani is happy with the Serie A holders.

"The interest from Chelsea is there for Rugani," Torchia told Radio Sportiva.

"Beyond the figures though there's a technical question, neither the player nor Juventus have ever said they want a sale.

"The operation with Chelsea is separate from [Gonzalo] Higuain, each deal has a different cost and different dynamics.

"The two players can bring in different profits. Rugani is calm and happy, he's at the pre-season training camp and he's thinking about Juventus.

"Tonight he'll play against Bayern Munich, but that doesn't mean he doesn't have offers, just that he's thinking of his current club, which is at the highest level."