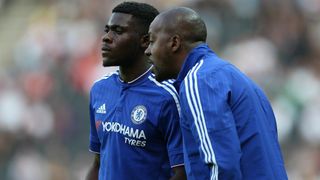 Granada have announced the signing of Jeremie Boga from Chelsea on a one-season loan deal.

The 19-year-old joined Chelsea's youth academy in 2008 but is yet to make a professional appearance for the London club, and spent last season with Rennes in Ligue 1.

"I'm very excited to start working with Granada and to be able to play in the Spanish league," he told the club's official website.

"I hope to help the team as much as possible and to continue learning as a player, and to enjoy this new project at Granada."

Boga, a France youth international, made 31 appearances in all competitions for Rennes last season.