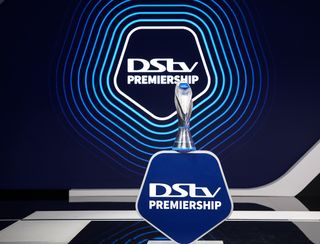 Kaizer Chiefs have congratulated the Premier Soccer League (PSL) for successfully securing MultiChoice DStv as their new sponsor for the 2020-21 season.

MultiChoice DStv has been confirmed as the new sponsor of the Premier Soccer League (PSL) replacing Absa ahead of the 2020-21 season.

The PSL recently announced their new partnership with DSTV after signing a five-year deal to become the new title sponsor of the top-flight competition replacing ABSA.

The league formally known as the Absa Premiership will now be called the DStc Premiership for the 2020-21 season and beyond.

Speaking about the newly formed partnership between the PSL and DStv, Chiefs Marketing Director Jessica Motaung said: 'MultiChoice through SuperSport has been a very important partner of our game for over a decade and we are certainly happy to see this partnership extend thanks to DStv sponsoring our premier league.

'We would certainly like to give kudos to those who worked tirelessly to ensure that our football product remains of great quality through this collaboration. The solid relationship between the PSL and MultiChoice is one that is mutually beneficial. We know that the benefits will be extended to the viewers and the football supporters, who will continue to watch a top-quality product.

'We truly believe the partnership with DStv will continue the innovation we’ve seen over the years and grow the game we all love the most,” adds Motaung. “As we move to another era of a five-years sponsorship of the league, we hope that our league will continue to grow and compete fiercely on the continent.'