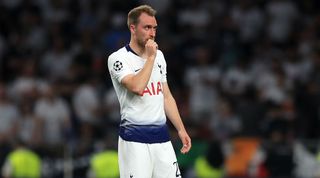 According to the Sun, Zinedine Zidane has requested the Madrid heirarchy try to sign the playmaking Dane.

Los Blancos have already acquired the services of Premier League star Eden Hazard from Chelsea in a £88 million plus ad-ons deal.

Reportedly they are willing to offer £45 million plus wantaway midfielder Ceballos.

Ceballos, 22, has impressed hugely for Spain at under-21 level, scoring a long range effort in their first game of this summer's Euros against hosts Italy.

But he has yet to make an impact at Madrid, lacking oppurtunities to break into the first team.

Ceballos is thought to have asked to leave this summer, and with all the incomings - he is seen as dispensible.