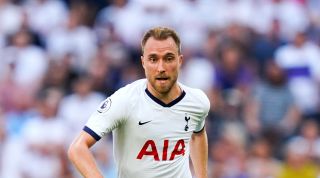 Christian Eriksen could still leave Tottenham before the European transfer deadline on Monday, according to the Daily Express.

The Denmark international favours a move to La Liga, which is unlikely to materialise until January at the earliest.

Atletico Madrid and Real Madrid have both registered an interest in the playmaker, but neither has submitted a formal offer.

However, Juventus could yet make a bid before the continental window closes in the next 24 hours.

Eriksen is out of contract at Spurs next summer and does not appear to have any intention of penning fresh terms in north London.

It is thought that a bid of £50m would be sufficient to secure the former Ajax man's signature.