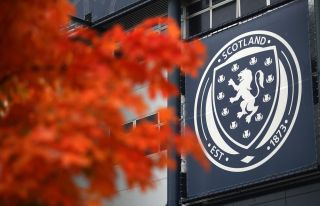 Pressure is growing on the Scottish Football Association to re-examine its disciplinary procedures after Inverness received widespread backing for their stance over James Keatings’ failed red card appeal.

Keatings will miss the Tunnock’s Caramel Wafer Cup final against Raith Rovers after failing to overturn a yellow card for simulation.

The forward was sent off in Sunday’s semi-final win over Rangers Colts after being booked for diving – despite television footage clearly showing he was barged over.

An “incredulous and furious” Inverness claimed even the “dogs in the street” knew the decision was wrong as they spoke out “on behalf of the growing number of Scottish football clubs who believe that the SFA disciplinary process is not fit for purpose”.

The comments sparked backing from other clubs and people in the game.

Not even close to a dive. Would be an injustice to miss a cup final for this. https://t.co/WhfJxZcweX— Gary Lineker (@GaryLineker) February 20, 2020

Motherwell chief executive Alan Burrows said on Twitter: “I agree with the sentiments in the Inverness statement that the whole JPP (judicial panel protocol), its terms and how it is implemented, need to be completely torn up and rewritten, starting with a blank sheet. More about football and the spirit of the game and much less legalese.”

Hibernian chief executive Leeann Dempster added: “I support these sentiments too – we’ve spoken so much about this to the powers that be and I personally feel we’ve not made much headway.

“Needs to change – and by the way if I hear the words ‘it’s a members organisation’ one more time I might cough my liver up laughing.”

I support these sentiments too – we’ve spoken so much about this to the powers that be and I personally feel we’ve not made much headway. Needs to change – and by the way if I hear the words ‘it’s a members organisation’ one more time I might cough my liver up laughing. https://t.co/P24AX6TEFM— Leeann Dempster (@LeeannDempster) February 20, 2020

On the back of their failed appeal, Caley Thistle claimed the tribunal panel members “do not understand football or the rules of the game”.

“As harsh as this sounds, there can be no other conclusion,” they said in a statement. “Fans and officials of all clubs are mystified by this decision.

“This decision has cost our player the chance to play in a national cup final, not something that comes along every week, to the detriment of the player, his team mates, the club and our fans. We believe it also damages the credibility of our governing body and brings the game into disrepute The decision is plainly wrong and the dogs in the street know this. We have no right to appeal this final decision and it is painful to accept.

This is 💯 % stonewall foul that the ref decided was diving not only is this embarrassing but an appeals panel said it was not a foul either what chance have you got James keatings misses the final 🤷‍♂️🤷‍♂️🤷‍♂️ https://t.co/BYkDo3OHma— Alex Rae (@alexrae1969) February 19, 2020

“As a club we have been contacted by chairmen, chief executives, directors and fans of other clubs in a completely unique show of support and solidarity with James Keatings and ICTFC.

“As appreciated as this has been undoubtedly been, it does not change the fact that there is clearly something wrong with the system, if it is not addressed, we are all responsible for the continuing denigration of our standards, our supporters view of the national game and sporting integrity in Scottish football.”

Rangers also claimed there were a number of clubs lobbying for change on Wednesday as they hit out after being fined on two counts of failing to ensure their players/staff conducted themselves in an orderly fashion.