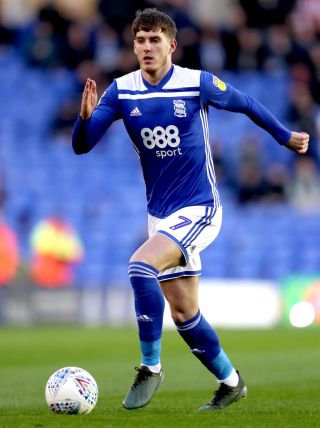 Connor Mahoney came off the bench to inspire Millwall to a 3-1 win over Luton at the Den, turning the match with a goal and an assist in the space of three minutes.

Sonny Bradley’s first-half header had already been cancelled out by Tom Bradshaw midway through the second half, before Mahoney took centre stage.

The substitute picked the ball up 40 yards from goal, twisted past two tackles and fired into the bottom corner to complete a turnaround that had looked unlikely just 10 minutes earlier.

Moments later Mahoney turned provider, curling a sumptuous cross for Matt Smith to head home and wrap up the points for the home side.

The late drama was a far cry from a first half that had something of a New Year’s hangover feel to it, with both sides playing turgid football.

Millwall lofted long balls and crosses towards lone striker Smith, few of which came to much, but most of their possession was aimless and their attacking threat was minimal.

Smith flicked one header into the side-netting, and another tamely into the hands of James Shea, while Jed Wallace did spark some excitement with a powerful drive from 30 yards, which flashed just over the bar.

But Luton, who have now lost their last nine Championship games on the road in an unwanted run dating back to September, were organised in defence and grew into the half as an attacking threat.

James Bree and Kazenga LuaLua both stung the gloves of Bartosz Bialkowski from range before, five minutes ahead of the break, Bradley game the visitors the lead.

The centre-back found himself completely free in the box, and expertly steered Alan Sheehan’s set-piece into the bottom corner.

Gary Rowett responded immediately by switching to a back four, bringing on a second striker in Bradshaw, and the switch certainly saw the home side create more after the break.

Most of the chances fell the way of Smith, who headed a Shane Ferguson corner over from inside six yards, before being denied by an excellent save from Shea when meeting Wallace’s cross.

And it looked like it would never go in for the hosts when Jake Cooper failed to turn a corner over the line from two yards out.

But the Luton defence was finally breached with 20 minutes to go, when Smith headed Wallace’s deep cross back across goal for Bradshaw to convert.

Mahoney then stepped up to turn one point into three and lift Millwall, for the time being at least, into the top six, with Luton remaining in the bottom three.