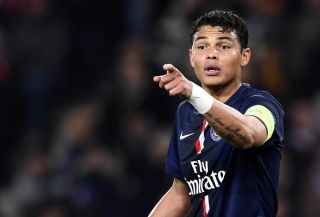 After three rounds of competition, PSG enter the Coupe de la Ligue at the last 16 stage as they make the trip to the Stade Francois Coty for their fixture against Ajaccio on Wednesday.

Form is no issue for PSG leading into their midweek trip, with the French champions unbeaten in Ligue 1 - one point adrift of leaders Marseille.

The state of captain Thiago Silva, however, is a cause for concern.

Thiago Silva has come under-fire since the World Cup in Brazil, with the centre-back struggling for consistency on the pitch.

PSG coach Laurent Blanc said he will do all he can to help Thiago Silva rediscover his best form.

"Thiago needs to get his confidence back, after a tough World Cup. He hasn't lost his qualities overnight, and he knows that," Blanc told PSG's official website.

And Lyon will be hoping they can go one step further as they prepare to host Monaco on Wednesday.

Lyon - third in the league standings - can count on home comforts to help get them over the line, having won eight consecutive matches at the Stade de Gerland following Saturday's 3-0 win over Caen.

"We are happy with a job well done," coach Hubert Fournier was quoted as telling Lyon's official website.

"It was an important match to continue our excellent run at home against a potentially dangerous opponent."

Saint-Etienne and Bordeaux are both away from home on Wednesday.

Saint-Etienne travel to Lorient, while Bordeaux face an out-of-sorts Lille at the Stade Pierre-Mauroy.

Rennes also face a Ligue 2 side, with Creteil making the trek to the Stade de la route de Lorient.