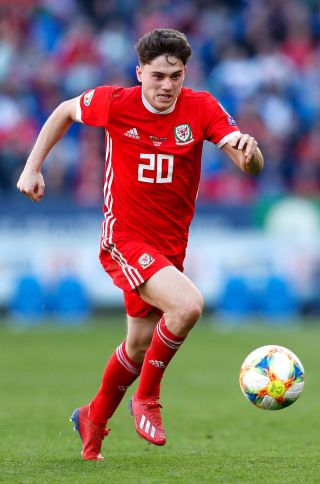 Swansea winger Daniel James has withdrawn from the Wales squad following the sudden death of his father.

James had been named in the squad for a training camp in Portugal ahead of the upcoming Euro 2020 qualifiers next month, but did not travel on Wednesday.

Everyone at Swansea City has been saddened to hear of the sudden passing of Daniel James' father.— Swansea City AFC (@SwansOfficial) May 23, 2019

A statement from the club said: “Everyone at Swansea City has been saddened to hear of the sudden passing of Daniel James’ father.

“Everyone at the football club send their condolences and our thoughts are with Daniel and his family at this sad time.”

A statement from the Football Association of Wales said: “Our thoughts are with Dan James, his family and friends during this sad time.”

Our thoughts are with Dan James, his family and friends during this sad time.— FA WALES (@FAWales) May 23, 2019

Wales have Euro 2020 qualifiers away to Croatia and Hungary on June 8 and 11 respectively.

James, 21, has been strongly linked with a move to Manchester United in recent days, with the Premier League club reported to have agreed a £15million fee with Swansea.

In 38 appearances for the Swans this past season, James had five goals and 10 assists.