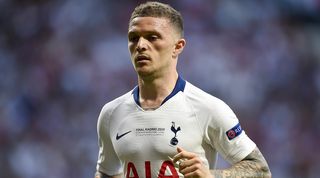 Tottenham are prepared to let eight players leave the club this summer, report the Daily Mail.

Mauricio Pochettino is planning to freshen up his squad as Spurs prepare for their first full season in their new stadium.

The north Londoners, who completed the signing of Tanguy Ndombele for a club-record fee earlier this week, could wave goodbye to first-team regulars Danny Rose, Kieran Trippier and Victor Wanyama.

It is unlikely that all eight players will have moved on by the end of the transfer window, but Spurs are aware of the need to raise funds through sales.

Christian Eriksen has been widely linked with an exit this summer, but Real Madrid appear to have cooled their interest in a player who is out of contract in a year's time.

5 things I want to see from Tottenham Hotspur this summer