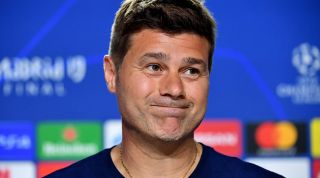 In 2016/17, Spurs had the best full-backs in the Premier League: Kyle Walker and Danny Rose were integral to the way Mauricio Pochettino's title-chasing side played. Both offered the pace, mobility and technique to make an impact at both ends of the pitch, much like Trent Alexander-Arnold and Andy Robertson have done for Liverpool to great effect in the two seasons since.

Cashing in on Walker for £50m may have seen shrewd business at the time, but Spurs have been unable to find an adequate replacement – a problem exacerbated by Rose also struggling for form.

Kieran Trippier has the delivery, but lacks the pace required to pose a consistent threat in the attacking third. Serge Aurier has the engine to bomb up and down the flank, but… well, he’s not really offered much else.

While Rose showed pleasing signs of resurgence towards the back end of last season, Trippier had his worst campaign to date (the fact Aurier was still unable to dislodge him speaks volumes).

A new all-action right-back would help bring a little more balance to a side that at times looked a touch lopsided in 2018/19. Having missed out on Aaron Wan-Bissaka (perhaps no bad thing at £50m), would a move for Norwich’s highly-promising – if inexperienced – Max Aarons be a shrewder investment?

The immaculately-coiffed Belgian was back to somewhere near his best last term, having looked a bit off colour in 2017/18. The uncertainty over his long-term future has lingered for almost two years, but things should become much clearer over the next few weeks.

Spurs took up their option to extend to 2020, but in doing so activated a clause that allows him to leave the club for £25m up to the final two weeks of the transfer window.

Transfer speculation has now fallen eerily quiet, but the Champions League finalists would do well to avoid any potential last-minute panics by offering significantly more than £50,000 per week to one of Europe’s best defenders. Cementing that partnership with Jan Vertonghen for at least another two seasons would be huge.

The Spaniard had looked like being one of Spurs’ biggest ever flops right up until the final two months in N17. His crucial Champions League goal at Manchester City and imperious targetman act at Ajax weeks later will now be his legacy – even if they weren’t enough to earn a contract extension.

Llorente’s lack of mobility hindered him when it came to playing full Premier League matches, but his late-season swansong showed the value in Spurs having a different weapon among their offensive arsenal. They just need to find one that can run, too...

With apologies to the Nations League, 2019 will be only the second summer in which Kane hasn’t played in a competitive summer tournament since 2014.

The striker’s knack for ankle knocks is well documented, but his biggest problem has really been rushing back too quickly. You can’t knock his desire to play in the Champions League final, but he was clearly a long way off full sharpness, and Spurs should be certain he’s ready for action before throwing him back into the fray come August 10. If he needs to ease his way in, so be it.

Give the kids minutes against elite

Since Pochettino has got his feet under the table at Spurs, the club have played far fewer pre-season matches than in days gone by. This summer’s five-match schedule feels positively gargantuan in comparison to 2016’s three-matcher.

The standard of opposition is also much higher than Stevenage or Swindon (with respect), which means this is a perfect chance to give promising youngsters like Jack Roles, Troy Parrott and maybe even the returning Marcus Edwards a taste of action against Juventus or Real Madrid. It might just stand them in good stead further down the line.

QUIZ! Can you name the 60 most expensive English footballers EVER?

REVEALED The most expensive uncapped players in the world