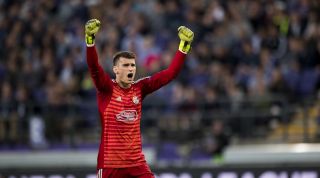 Manchester United have earmarked Dinamo Zagreb goalkeeper Dominik Livakovic as a potential replacement for David de Gea, according to The Sun.

De Gea agreed a new contract with United earlier this summer but has yet to sign the deal on the table.

And with his current contract set to expire next June, United are on the lookout for possible successors to the Spaniard.

The 24-year-old Croatian is highly rated in his homeland and would cost around £20m.

United suffered their first defeat of the season on Saturday, losing 2-1 at home to Crystal Palace.