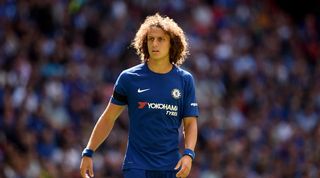 The Gunners will pay £8m to acquire the Brazilian from their London rivals, with Luiz set to sign a two-year contract.

Celtic left-back Kieran Tierney is also on the verge of sealing a switch to the Emirates Stadium.

The Scotland international has been linked with Arsenal all summer, and the Premier League side are finally poised to tie up a £25m transfer.

The two late additions to the squad will please Unai Emery, who has been desperate to bolster his defensive options since the end of last season.

Luiz will in effect replace Laurent Koscielny, who joined Bordeaux this week, while Tierney is likely to usurp Sead Kolasinac as first-choice left-back.