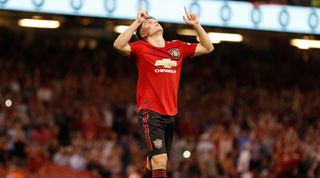 Sheffield United have broken their transfer record four times this summer. Arguably their most important signing, however, may be the one they don't own. Goalkeeper Henderson excelled on loan at Bramall Lane from Manchester United last season, helping the Blades record the joint-best defensive record in the division, along with Tony Pulis’s ultra-defensive Middlesbrough.

Henderson has only had two seasons of first-team football to his name, yet has helped Shrewsbury and United outperform expectations in both. He could be in the England squad before long.

He finished the 2017/18 season with the joint-most assists in La Liga, rubbing shoulders with Luis Suarez and Lionel Messi at the top of those standings. And, from Juan Roman Riquelme to David Silva, Manuel Pellegrini has a habit of getting playmakers to excel.

Scarcely the most glamorous signing, but potentially one of the safest bets – and not just because a Burnley lad is returning to his hometown club. Rodriguez scored 11 goals for a wretched West Brom side in their relegation season, and a further 22 in the Championship last year.

Having played over 100 games for the Clarets in a previous spell, he looks a fine fit for Burnley – a player adaptable enough to fill either Chris Wood or Ashley Barnes’s role and capable of partnering either.

The rise of a man who Shrewsbury didn't even select after loaning him two years ago has been swift – but then James is astonishingly quick. United don't get too many bargains these days, but at £15 million, James promises to be one – and not merely because they have had too few compelling options on the right wing in recent years.

He should suit Ole Gunnar Solskjaer’s counter-attacking approach and his raw pace should earn plenty of set-pieces.

While it seemed a case of short-termism by Juventus to sell Italy’s youngest scorer in competitive internationals, it looked a coup by Everton to get the 19-year-old – and not merely because they have never really replaced Romelu Lukaku.

In Richarlison and Gylfi Sigurdsson, they have two attacking midfielders who scored 26 league goals last season. They required a potent forward. Kean, with his speed, dribbling ability and finishing – he averaged a goal every 89 minutes in Serie A last season – promises to be that.

If it felt like a big fee for a player with a handful of caps, Manchester City have made a habit of buying well to suit their particular demands and finding players who can slot in seamlessly. They have been searching for Fernandinho’s long-term replacement for the last two years, with the problem that few can combine the Brazilian’s defensive excellence with his assurance in possession.

In Rodri, the champions may have found a man who ticks both boxes.

5 players Liverpool should offload before the transfer window closes

If it can jar that Arsenal have spent so much on a winger and nothing on centre-backs this summer, Unai Emery had too few quality options on the flanks last year and Pepe promises to complete a prolific, pacey front three with Pierre-Emerick Aubameyang and Alexandre Lacazette.

The Ivorian scored 23 Ligue 1 goals for Lille last season and, if 11 were penalties, that kind of firepower could nevertheless send Arsenal back into the top four.

A strange transfer. Not from Leicester’s perspective, because signing a player of Tielemans’ creativity, class and youth made sense, even without the assurances provided by a successful loan spell last season.

No, the odd element is that they didn't face more competition for his signature. He could have slotted into a top-six side; he may yet make Leicester one. And at 22, the Belgian should get better.

A very modern midfielder and a throwback at the same time, Ndombele has the range of attributes to offer reminders of the great all-rounders. Yet his dribbling skills, and his capacity to take a team forward, highlight a newer trend – for midfielders as hard to dispossess as his predecessor in a Spurs shirt, Mousa Dembele.

At 22, Ndombele offers the possibility of an immediate impact and a decade of excellence in the Tottenham midfield.

QUIZ! Can you name the 50 highest-scoring Englishmen in Premier League history?