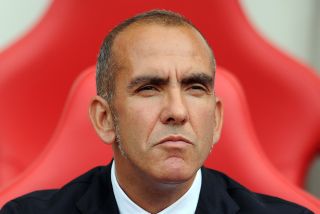 The hosts dominated proceedings from the outset but wasted a number of good goalscoring opportunities, while Fulham only needed one as Pajtim Kasami headed home a Damien Duff corner in the second half to claim all three points.

And the Italian coach, who has signed no less than 11 players during the close-season, urged his new-look side to be more aggressive in the final third to ensure that they convert their chances into goals.

"One corner kick we concede they score from," he said. "It was a silly mistake and that was the difference.

"We played 80 minutes in the opposition half but we lost.

"If our new boys learn quick I am not worried. We were the only team to play football.

"Just because we played well doesn't really matter. We must do better in the final third though and be nasty and ferocious.

"Our new players must understand this and if they accept this after our first game then we can still do well this season."