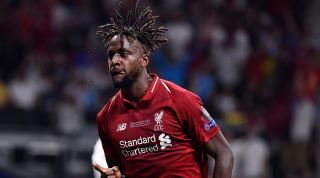 The Belgium international scored in crucial games against Everton, Barcelona and Tottenham last season, but he was restricted to just seven starts in all competitions.

Origi is out of contract in June 2020 and Liverpool may therefore be tempted to sell him this summer so that they can recoup a fee.

Betis are keeping a close eye on the situation as they seek to add to their attacking arsenal.

However, the La Liga side would struggle to match Origi's current £2.3m salary.

That could prove a stumbling block in their pursuit of a player who has scored 28 goals in his Liverpool career.

Year Zero: The season that made Fernando Torres (Atletico Madrid, 2002/03)