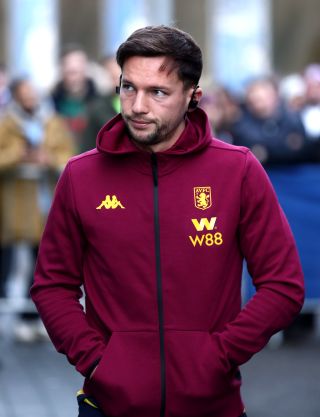 Danny Drinkwater has opened up on the personal problems that led him to be caught drink driving, end up in a fight on a night out and even headbutt a team-mate.

The Chelsea outcast insists he is ready to put his stalled career back on track by seeking a move abroad.

Former England midfielder Drinkwater joined Chelsea from Leicester in a £35million move in 2017, but has never settled with the Blues.

The 30-year-old was banned from driving for two years in May 2019 and even headbutted team-mate Jota in a loan spell at Aston Villa earlier this year.

Now he has pledged to put his career back on track, insisting he wants regular first-team football above anything else.

“It is a trust thing, for me. I’m definitely a closed book and that’s extended through most of my life, not just football,” Drinkwater told The Telegraph.

“Look, I know my Chelsea move hasn’t worked out how anybody would have wanted and I’ve made mistakes, but it’s not as simple as me just not playing football or picking up a wage. Money doesn’t solve anything. The pay cheque doesn’t really help at all, you don’t even think about money.

“There have been things that come above football that have not been as simple as I’d like. I’m not looking for sympathy, f*** me I don’t want that, but I suppose I’d just like people to understand it’s not all gravy when you earn so much money and that I do care.

“I told myself that I needed to clean myself up big time. I must have taken a good look at myself s*** loads of times.

“Drink driving, I’ve not driven since, because I can’t, the nightclub incident, I’ve not really been in an English nightclub since and I don’t plan to and I definitely can’t put myself in the situation to fight with a team-mate again.”

Failing to feature in Villa’s 4-0 defeat at his former club Leicester in March proved the catalyst for Drinkwater’s training-ground fight.

“I was thinking ‘Jesus, I’ve just been back to somewhere I had so much success and I couldn’t get on the pitch. This is embarrassing’,” he said.

“I got some stick from the fans and I woke up and I was raging. After training I planned to go and speak to Dean Smith about things, but then I went and headbutted Jota.

“We were on the same team, that’s how stupid it was. I’ve never done that, I’ve never laid someone out before. It was ridiculous. I apologised straight away and I had to go home. I texted him straight after to apologise and take full responsibility. I Google translated it into Spanish as well to make sure he’d understand.

“I’ve got loads more to give. I’m open to going abroad, even though it will be difficult with my son. But I would hope to still see him and, hopefully, he would understand that for a year I needed to get my career sorted out again.

“I need an anchor and I need to sort out one side of my life, so if I can sort my football out, even if it is abroad, then that will help in the long term. I need something to grasp.”