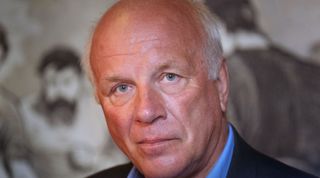 As the football world continues to debate when the event will be held, Dyke has joined the chorus of voices who believe an alteration to the usual scheduling is necessary.

Dyke feels FIFA's executive committee were poorly advised when making the decision to give Qatar the hosting rights.

"Anyone who has ever been to Qatar in the summer will know that you cannot hold a football tournament there," Dyke said at the Leaders in Football conference on Wednesday.

"Even if you could air-condition the stadium, the fans queue for hours and they cannot do that in that heat.

"The one thing that is clear is that that tournament will not be held in Qatar in the summer and I think we can all welcome that. I think we can assume that it will stay in Qatar, however."

Michael Garcia, the head of FIFA's ethics committee, is visiting all countries who bid to host the 2018 and 2022 tournament after concerns about Qatar's victory became widespread.

Yet Dyke does not believe the weather in Qatar is a sufficient reason to strip the nation of the tournament.

"Qatar bid through the proper process and won," he said.

"We all look at it and think it was a little odd. But you can't change it without a proper reason.

"And the weather is not a proper reason. The reports were there, but those who were making the decision decided not to read them."