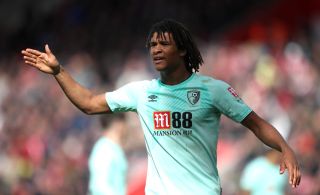 Eddie Howe has revealed Nathan Ake “likes the idea” of more opportunities in midfield for Bournemouth.

The Holland defender impressed in central midfield and even bagged the late winner in last weekend’s 1-0 Premier League win over Tottenham.

Now the 24-year-old could start in midfield again for the Cherries’ season-closing league clash at Crystal Palace on Sunday.

Ake has been ever-present in Bournemouth’s top-flight campaign this term, with boss Howe hailing his influence on the south coast.

“Nathan enjoyed the midfield role, it’s one that is natural to him and I think he likes the idea of playing there,” said Howe.

“He was key to our win (over Spurs). The beauty of a player like Nathan is his versatility.

“I think he would play wherever we wanted him to and that’s a credit to himself.”

Bournemouth have a clutch of injuries that forced Howe’s hand to push Ake up into midfield against Spurs.

Now the Cherries manager may have to follow suit at Palace, where victory would allow Bournemouth to leapfrog the Eagles for a 12th-place finish.

Nathaniel Clyne’s long-term future remains up in the air, with the Liverpool full-back’s loan deal expiring at the end of the campaign.

Howe admitted he is unsure of Clyne’s next steps, but praised the 28-year-old’s influence this term.

“I really like Nathaniel, I think he’s done really well for us,” said Howe.

“He came in at a time when we were keen just to give the squad a boost. He’s shown versatility as well, so we’ll wait and see on that one as well.”