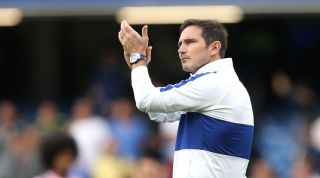 Former England striker Emile Heskey believes it is easier for retired white players to get managerial jobs than their black peers.

Frank Lampard, Steven Gerrard and Sol Campbell are among Heskey's former international team-mates who have since moved into the dugout.

However, whereas Lampard began his coaching career at Derby and Gerrard started at Rangers, Campbell had to make do with the post at League Two side Macclesfield.

Heskey hung up his boots in 2016 and is currently doing his coaching badges, but the ex-Leicester and Liverpool striker isn't sure whether there will ever be a black England manager.

"A lot of barriers need to be broken down first,” he told The Times. “There needs to be change at the top, whether a woman as head of the FA or a black person in there to really discuss racism, to really discuss about the changes needed. Do I think there’s a glass ceiling for black coaches? Yes.”

Heskey supports the Rooney Rule, which stipulates that clubs must interview a manager from an ethnic minority background when there is a vacancy.

The policy is named after Dan Rooney, the former head of the NFL's diversity committee, and has since been adopted by the Football League.

“It will just allow us to get a foot in the door," Heskey said. "At least give me an interview! I did a little bit of coaching at Bolton. We had a coach called Iain Brunskill, and he helped me a lot. But then it all went a bit Pete Tong at Bolton and I was in the wilderness.

“The FA said, ‘We will get you coaching at St George’s Park, that will help you get on the ladder.’ I looked at that and thought, 'Is that tokenism as well?' I really should be at a club where I can help day-to-day with individual players, and even down to where people are struggling with off-field [problems], and I can help.

“Everyone just says, 'Go and get your badges'. Well, we’ve got an England manager who was in the Premier League [Gareth Southgate, with Middlesbrough] with no badges. We have players who have the worst reputations, in the sense of beating people up, and they are still in a job, and I can’t even get on the ladder. I'm only guessing that there is a perception that black coaches are probably not up for the job.

“100% it would be easier [for Lampard and Gerrard]. They are going to get those jobs. I can only point towards skin colours.

“I can point towards medals. Sol [Campbell] has got more than Stevie [he actually has fewer but did win two more Premier League titles]. Ashley Cole’s got more than any of them. England’s best player for that era. Ash is being given a chance to get on that ladder with Chelsea under-15s.”