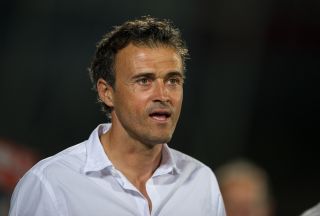 The former Real Madrid and Barcelona midfielder watched Diego Simeone's side record a 2-1 victory at Vicente Calderon, thanks to two goals from Diego Costa.

The result maintained Atletico's perfect start to the Liga season and moved them back level with Barcelona at the top of the table.

Simeone's side have not won the title since 1996, but Enrique believes that they can improve on their third-place finish last season and challenge with Real Madrid and Barcelona.

"They are the most powerful opponent we've faced this season," he said. "If they keep on playing this well then I can't see why they won't be near the top."

Celta crashed to their fourth defeat of the season, but Enrique has vowed to turn their form around.

"We’re playing good football," he added. "But the big question for me is where are the results coming from?

"I’ve almost always found solutions to these problems in my career, and hopefully it will happen this time as well."