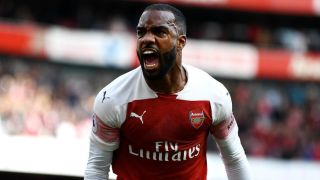 The Gunners were pitted against the Portuguese giants, who lost several first-team stars this month after they terminated their contracts following an attack at their training ground.

Qarabag of Azerbaijan and Vorskla of Ukraine also make up a relatively favourable group for Unai Emery's side.

Chelsea will expect to progress to the knockout phase after being drawn against PAOK, BATE and Videoton in Group L.

Celtic are in something of a tough Group B, alongside Rosenborg, Salzburg and RB Leipzig. The latter two teams are both owned by drinks giants Red Bull.

Steven Gerrard's Rangers are also facing a difficult group stage, having been pitted against Villarreal, Rapid Vienna and Spartak Moscow in Group G.