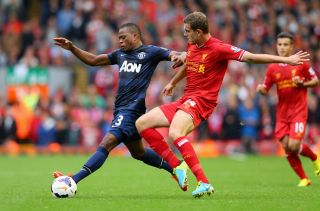 The France international full-back believes he is still wanted by the club, but claims his departure would be down to personal reasons.

"No, not at all. It is a personal thing," Evra told French television programme Telefoot when asked if he was concerned that a new deal had not been agreed.

"It is not that Manchester United do not want me to sign a new contract. This whole thing is personal.

"Manchester United would like me to finish my career there, but this is something personal."

United manager David Moyes failed with bids to bring Fabio Coentrao and Leighton Baines to the club in the close season - two players who would have put Evra's place in the first team in doubt.

The defender has made 239 Premier League appearances for the Old Trafford club since signing from Monaco in 2006, winning the competition on five occasions while also picking up a UEFA Champions League winners' medal in 2007-08.