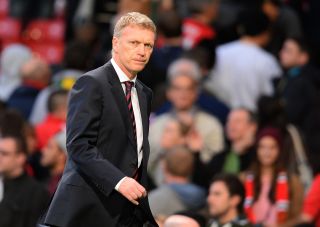 Moyes has not enjoyed the best of starts at Old Trafford after replacing the legendary Ferguson.

United are eighth in the Premier League and could only draw 1-1 with Southampton on Saturday, leaving them eight points behind leaders Arsenal.

Moyes has already played down his side's chances of winning the UEFA Champions League, but Ferguson hopes his fellow Scot can secure some silverware in his debut campaign at Old Trafford.

"For David, winning a trophy would be a fantastic achievement,"  Ferguson told MUTV.

"The key for David is not to look to do anything better or less but just to maintain what the club has been for 20-odd years.

"No matter what it is - the League Cup, FA Cup, European Cup or Premier League.

"We've always had priorities obviously and David is aware of that but I hope he achieves it.

"The key for David is not to look to do anything better or less but just to maintain what the club has been for 20-odd years and keep the success going.

"It is not easy winning a trophy in our league because you could say there are six teams fighting for the league.

"He has great support at the club. It is a fantastically-run football club. There are absolutely no issues about it. Every club needs a little bit of luck and hopefully we'll get the luck."