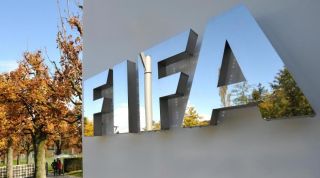 World football's governing body initially confirmed its intention to outlaw TPO in September, but no timescale was put on the implementation of the new measures.

It had been expected to take up to four years, but FIFA has moved swiftly to prohibit TPO, publishing its decision in a statement on Friday.

The practice of investment companies buying a stake in the economic rights of players is common in European and South American football, although it is already forbidden in the Premier League in England.

Existing agreements will remain valid beyond the deadline until the date of their expiry, while new agreements made between January 1 and April 30 will be subject to a one-year maximum term.

UEFA president Michel Platini has previously described TPO as "a danger to our sport".

FIFA's Executive Committee confirmed its intention on Friday to publish a "legally appropriate version" of a report into the bidding process for the 2018 and 2022 World Cups in Russia and Qatar.

It was also revealed that the dates for the 2022 World Cup would be decided at the organisation's next meeting in March 2015.