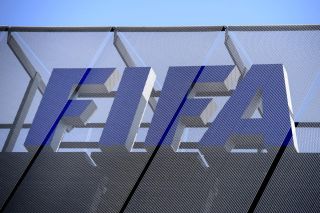 The Global Transfer Market 2014 report, carried out by football's govering body, revealed the increase last year in comparison to 2012.

It comes despite a reduction in the number of transfers involving agents or "intermediary commissions", with this figure dropping from 17 per cent two years to ago to 14 per cent.

The research is based on data from the International Transfer Matching System (ITMS), which became mandatory for all international transfers of professional male players for 11-a-side football in 2010, and also revealed England spent more than any other country.

Clubs in England spent $913 million on transfers, representing a quarter of the total, with Brazil's 1,402 signings making them the most active country.

FIFA's TMS body was involved in the handling of 12,309 international transfers, up four per cent on 2012, with these dealings representing a value of $3.7bn - a jump of 41 per cent.