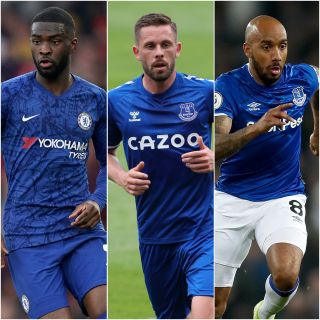 In order to help facilitate the move and claw back some money from their spending spree, the paper says Ancelotti is willing to let a number of players leave. In particular, the club is keen to take offers for Iceland midfielder Gylfi Sigurdsson and England midfielder Fabian Delph.

According to The Guardian, Manchester City are preparing to make a play for Atletico Madrid defender Jose Gimenez, should Napoli refuse to budge on their £73.2m asking price for Kalidou Koulibaly. Although Koulibaly is a priority for the club, City bosses are unwilling to pay that much for the centre-back and are actively exploring alternatives, including Gimenez and Sevilla’s Diego Carlos.

Manchester United are believed to be weighing up a move for Atalanta winger Amad Traore. The Manchester Evening News says United are one of a number of clubs to have approached Atalanta about the 18-year-old after he became the youngest player in history to score in his Serie A debut during Atalanta’s 7-1 win over Udinese last season.

Cengiz Under: Leicester City are on the verge of claiming the 23-year-old winger from Roma, according to The Telegraph.

Kayden Jackson: The East Anglian Daily Times says Birmingham City have engaged in talks with Ipswich Town about a £2.5m deal for the 26-year-old striker.