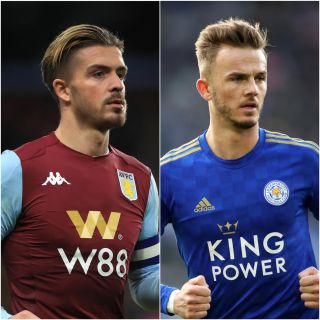 Manchester United are continuing their pursuit of Aston Villa midfielder JackGrealish, reports the Manchester Evening News. Tottenham previously expressed interest in the 24-year-old and United are looking to make a move in the summer, along with an attempt to bring in Leicester’s JamesMaddison, the paper says.

Another new recruit wanted by Ole Gunnar Solskjaer is MartinOdegaard, with scouts watching the Real Madrid player during his loan spell at Real Sociedad, according to the Daily Star.

A fourth name on United’s summer shortlist is Jonathan David, who has 30 goals in 58 league appearances for Belgian side Gent reports the Daily Mail.

The future of Pierre-Emerick Aubameyang remains unclear, with the Daily Mail reporting Arsenal could look to cash in on the 30-year-old as his contract expires next year, but Metro says the Gabonese has not ruled out signing a new deal.

Alexis Sanchez: The forward is likely to return to Manchester United when his loan deal at Inter Milan expires, with the Serie A side unimpressed by the 31-year-old, reports the Daily Star.

Alexander Sorloth: Real Madrid are said to be keen on signing the Crystal Palace and Norway striker, who is currently on loan at Trabzonspor, says the Evening Standard.

Marc Cucurella: The Spanish full-back is on the radar of Arsenal, who are willing to pay Barcelona the £21million release clause, says COPE.