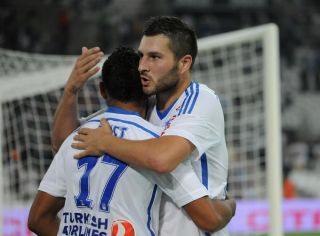 The Euro 2016 hosts are set to host Portugal on October 11, before travelling to Armenia three days later, and coach Deschamps has elected to use the matches to reintroduce Gignac and Payet to the international set-up.

Gignac, who has not featured internationally since a goalless draw in Georgia last September, has been in sensational form in the French top flight this season, and currently ranks as Ligue 1's top scorer having netted eight times in as many matches to push Marseille to the summit.

Payet's last France outing came four days later in a 4-2 victory over Belarus, but his own contribution to Marseille's flying start has earned him a recall.

Another man making his return to the international fold is Lyon's Christophe Jallet, who last pulled on the blue shirt of France in March 2013.

Deschamps has perhaps played it safe, with no uncapped players featuring, though the former midfielder was quick to defend his selection.

"I have young players who need playing time to become hardened. At the moment, those who are selected have impressed me the most, we need others to show greater things.

"No one is an automatic choice, the players must maintain their performances in order to remain on the list."