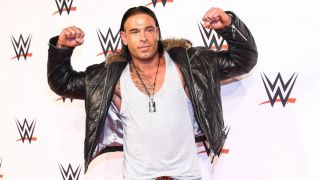 Former Germany international and Werder Bremen goalkeeper Tim Wiese has accepted a training invitation from WWE as he moves a step closer to his wrestling dream.

After representing Germany at the 2010 World Cup and helping Bremen to three trophies during his seven years at the Bundesliga outfit, Wiese retired from football in 2014 to pursue a career in wrestling, which started as a guest timekeeper during a WWE event in Frankfurt later that year.

"I have been training hard for this, and I am excited for the opportunity," Wiese said.

"No matter what it takes, my goal is to be in that WWE ring this November. I want that match!"

Levesque added: "Tim is tenacious. He continues to be very vocal in his desire to prove that he has what it takes, and he has shown tremendous resilience and determination to create an opportunity for himself.

"This is his break to walk his talk. If all goes well in Florida, he will get his chance in the ring."