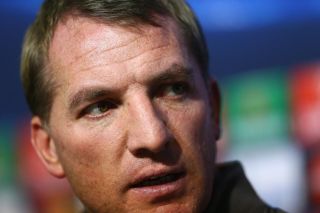 Three successive top-flight defeats in November saw last season's runners-up drop into the bottom half of the table, but there have been more positive signs from Brendan Rodgers' team of late.

A 1-0 home win over Stoke City last weekend was followed up by a 3-1 success at Leicester City on Tuesday, and those six points have seen Rodgers' men climb up to eighth - five points adrift of the top four.

The Northern Irishman stated on Thursday that he was pleased with the way his players had responded to a poor run of form, and he reserved special praise for former Sunderland man and vice-captain Jordan Henderson, who rounded off the scoring at Leicester.

"Jordan is a very important player for us," said Rodgers. "I think everyone has seen in the last season and a half, how much his stature has grown in the team.

"It's interesting how he plays off the side role that we've given him around the corners of midfield. His ability to run and get beyond gives him and the team a chance to get goals.

"We saw it against Ludogorets [where Henderson scored in a 2-2 UEFA Champions League draw last week] and the other night where he's able to get into the box from the opposite side.

"His game is growing all the time. He's a fantastic lad and it was a great honour for him to lead the team out against Stoke [in the absence of regular skipper Steven Gerrard].

"It's something he doesn't take for granted at all. He knows his role here, and it's a very important role."

The hosts will continue to be without strike duo Daniel Sturridge (thigh) and Mario Balotelli (groin) this weekend, but Philippe Coutinho and Jose Enrique should come back into contention after knee problems and Mamadou Sakho returned to training on Thursday.

Sunderland, after holding leaders Chelsea to a 0-0 draw last Saturday, were thumped 4-1 by a Sergio Aguero-inspired Manchester City in midweek, and visit Anfield having won just one of their last seven Premier League outings.

As a result, head coach Gus Poyet is looking to make some changes after the defeat to City.

"We are going to have to refresh the team because there are a few heavy legs, so it is going to be interesting and I'm looking forward to the game," he told Sunderland's official website.

Adam Johnson and Wes Brown come back into the frame after missing Wednesday's clash and Poyet will be hopeful that the latter can recover from a knock to take the place of centre-back Sebastian Coates, who played against City but is ineligible to face his parent club.