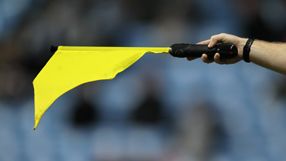 This weekend's matches could all kick off 15 minutes late after the French referees' union threatened to protest over what they see as a lack of respect for their work.

The aim is "to again have a calm and respectful atmosphere towards referees", a statement said.

Girondins Bordeaux have been among the clubs incensed by recent refereeing decisions with the 2009 champions even writing a letter of complaint to the French Football Federation.

The French league (LFP) will launch a call for offers for the renewal of television rights for Ligue 1 and 2 no later than May 15 after the decision of Orange not to bid from 2012.

"Our clubs need better economic visibility in the medium term. Everyone agreed it was necessary to do it quickly," LFP president Frederic Thiriez told reporters after a meeting.

The current contract expires next year and has brought the league 668 million euros a year since 2008, an average of 57 percent of club budgets.

Olympique Lyon forward Lisandro Lopez, out for two weeks with a hamstring strain, is fit enough to face bottom side AC Arles-Avignon on Sunday.

"He's managed a good week of training and he is available," Lyon coach Claude Puel, whose fifth-placed side trail leaders Lille by four points,told reporters.

Defender Kader Mangane is set to return for second-placed Stade Rennes at Montpellier on Saturday after recOvering from a thigh problem but Jires Kembo-Ekoko looks likely to miss out with a similar problem.

Olympique Marseille coach Didier Deschamps has defended the champions for their unambitious style of play ahead of Sunday's home game with leaders Lille.

"The important thing in order to be effective, is to not concede many goals. We have to be realistic about what we are capable of doing," he told reporters.

Lille go into the game trying to keep league top scorer Moussa Sow focused after L'Equipe splashed a story on Friday's front page that Paris Saint-Germain want to sign the striker for next season.