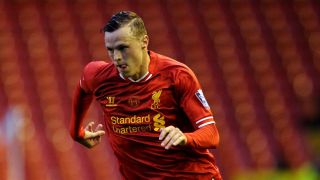 Robbie Kruse, Carl Valeri and Josh Brillante have been recalled to the Socceroos squad along with 12 members World Cup final squad, including captain Mile Jedinak and talisman Tim Cahill.

Mark Bresciano and Josh Kennedy were not named but could still come in for matches in October and November ahead of the 2015 AFC Asian Cup.

Postecoglou said Socceroos selections would continue to be bold as he builds a broader base of players in Australia's pursuit of becoming the best team in Asia.

"The next series of games for us are really important to broaden the base and depth so we're going to be pretty bold in the way we select our squads and give some people an opportunity," Postecoglou said.

"After the World Cup campaign we had a break and I had a bit of a chance to think about everything that transpired over the last six to eight months, culminating in the World Cup.

"One thing that came out, that was evident to me, is that we need to broaden our base and get some depth in various positions in our squad.

"From our perspective these games are a chance to expose some young players to international football and hopefully create some depth in areas we're light on.

"We want a really strong squad for the Asian Cup and we are only going to get that if we have a look at some more players."

One player that fits Postecoglou's blueprint to broaden the base is 20-year-old Smith.

The left-back has been called into the Socceroos squad for the first time after making his English Premier League debut last season for Liverpool before heading to Swindon Town on loan.

"Brad's a player we have been monitoring since I've been in the job and he plays in a position where we don't have a great deal of depth. He plays left-back and left side and he's quick," Postecoglou said.

"Brad's a young player who is making his way in the football world. He's contracted to Liverpool Football Club and obviously been loaned out to Swindon to get some games under his belt.

"Brad's played for the England U21s as recently as a couple of months ago but he's very committed to playing for Australia and after having a chat to him we are really keen to get him in the green and gold and give him an opportunity."