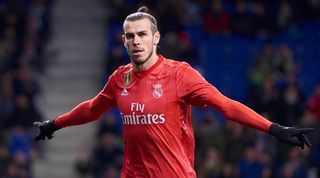 The Wales international’s future with the Spanish club is up in the air after Zidane dropped him for two matches, before leaving the forward on the bench for the final game of the campaign – a 2-0 defeat to Real Betis on Sunday.

"I have to look at the day to day and make decisions," the coach said after the game.

"And when there is something I do not like, or does not fit for me, I must do what I think best.

"It might be difficult for the player – we cannot forget all he has done here – but I must live in the present, think of the future. We will see [if Bale stays]. I don't know what will happen, truthfully."

Bale, who has been linked with a Premier League return this summer with Manchester United or Spurs, has lifted 14 trophies during a six-year spell in the Spanish capital.