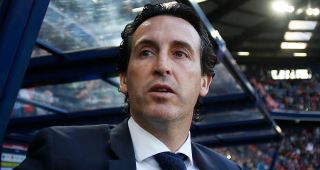 Gazidis has been at Arsenal since 2008 and played a key role in bringing Emery to Emirates Stadium as a replacement for long-standing manager Arsene Wenger.

But Emery, who is preparing his players for the new season at the International Champions Cup in Singapore, said his relationship with Gazidis remains strong.

He told reporters: "I speak every day with him [Gazidis].

"He has been committed here for many, many years. I think he continues here because it is a big project here and his commitment to Arsenal is very strong.

"We are speaking about every decision for our club."

Arsenal have been busy in the transfer market ahead of the 2018-19 season, bringing in Stephan Lichtsteiner, Bernd Leno, Lucas Torreira and Matteo Guendouzi as they aim to improve on last season's sixth-place Premier League finish.