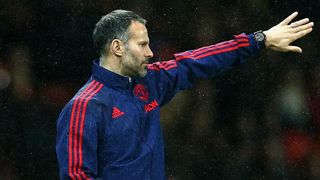 Ryan Giggs has ended his 29-year association with Manchester United, the club has confirmed.

The 42-year-old former star player joined United's coaching staff under David Moyes, taking temporary charge when the Scot was sacked in April 2014, and was made assistant manager by Louis van Gaal.

However, new manager Jose Mourinho is expected to bring in trusted lieutenant Rui Faria to take on the role, with Giggs unable to agree a new position.

It means he will depart Old Trafford after almost 30 years of service, having joined United's academy in 1987.

"After 29 seasons at Manchester United as a player and assistant manager, I know winning is in the DNA of this club - giving youth a chance, and playing attacking and exciting football," he said in a statement released by the club.

"It's healthy to have high expectations, it's right to expect to win. Manchester United expects, deserves, nothing less.

"This is why it is a huge decision for me to step away from the club that has been my life since the age of 14. It has not been a decision that I have made lightly. I'll take away so many special memories as well as a lifetime of experiences that will, I hope, serve me well in the future.

Giggs was part of United's famed "Class of '92" and went on to become the club's record appearance holder, donning the jersey 963 times.

The coaching combination of Van Gaal and Giggs ended United's 12-year wait for an FA Cup win last season, but the former paid the price for a perceived negative style of football and it soon became apparent there would not be a prominent role for Giggs under Mourinho.

Executive vice-chairman Ed Woodward said in a statement: "Ryan’s place in the history of Manchester United is assured. He has been a constant presence at the club since 1987 and, during his playing days, regularly delighted crowds; first with his dazzling wing play and later with his intelligence and ability to dictate a game.

"He has tackled his coaching and management responsibilities with similar rigour and diligence. The experiences and discipline he developed at United will undoubtedly be a big help as he continues to learn his trade. He has all the attributes to be a terrific manager in the future. Everyone at the club wishes him well in his new career. He will be missed but will always be welcome at Manchester United."

Giggs is thought to be keen on becoming a manager in his own right and has been linked with the likes of Swansea City and Nottingham Forest in recent months.