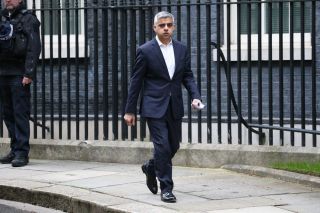 Players should be the first to bear the economic burden caused by the coronavirus pandemic, the Mayor of London Sadiq Khan has said.

Tottenham announced on Tuesday that they were looking to take advantage of the Government’s coronavirus job retention scheme, which pays employees unable to work due to the outbreak 80 per cent of their monthly salary up to a maximum of £2,500.

Spurs warned there would be an expectation that players and coaches would “do their bit to help the football ecosystem”, with the Premier League, the English Football League and the Professional Footballers’ Association continuing talks on Wednesday regarding a possible collective agreement on wage deferrals.

It is understood the Premier League will first report back to its clubs at Friday’s shareholders’ meeting before confirming any agreement on deferrals.

Khan believes those deferrals should have been the first link in the chain before clubs sought taxpayer assistance.

“Highly-paid football players are people who can carry the greatest burden and they should be the first one to, with respect, sacrifice their salary, rather than the person selling the programme or the person who does catering or the person who probably doesn’t get anywhere near the salary some of the Premier League footballers get,” Khan told BBC Sport.

“It should be those with the broadest shoulders who go first because they can carry the greatest burden and have probably got savings, rather than those who were in catering or hospitality who have probably got no savings and live week by week and who probably won’t get the (Government) benefits for five weeks.”

Julian Knight, the chair of the Digital, Culture, Media and Sport committee, said football was operating in a “moral vacuum”.

“It sticks in the throat,” said Knight.

“This exposes the crazy economics in English football and the moral vacuum at its centre.”

PFA chief executive Gordon Taylor suggested on Tuesday that a task force could be established to assess wage deferral requests on a case-by-case basis, highlighting that even within divisions there was great disparity between clubs.

“It’s about trying to avoid clubs doing their own thing without any
particular structure or guidance so that you end up with players at one club
envious of players at another,” he said.