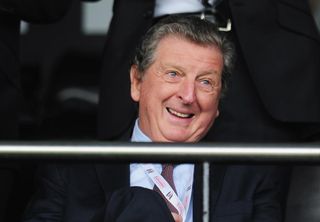 Hodgson's side get their campaign under way against Italy in Manaus on June 14, after scheduled friendlies against Peru, Ecuador and Honduras.

While the likes of Theo Walcott and Jay Rodriguez have been ruled out with long-term injuries, other hopefuls such as Andros Townsend, Jack Wilshere and Phil Jagielka could all return to the reckoning from lay-offs.

However, Hodgson, who will lead England into a major tournament for the second time, says he has all but finalised his line-up for the Group D opener.

"Certainly over the last couple of weeks I'm pretty much sure of what I want to do when it comes to the team," he told FIFA.com.

"Nothing that happens in the last four games, in terms of form, is going to affect me.

"I don't judge players on their last-minute form over two or three games. I'm judging them over two years. Or, in particular, if anyone new on the scene has emerged I'm judging him over several months.

"I'm not going to make decisions in the last week or two of the season, which is a notoriously bad time to judge talent.

Hodgson also sought to play down the potential benefits to South American teams of having a 'home' tournament.

All four nations who have won a World Cup in South America have been from the continent but Hodgson does not believe that will prove a barrier to his own side's hopes.

"Maybe it's climactic to some extent, but I think those advantages and disadvantages will even out more and more," he added.

"The Brazil team will probably have very few players in it that are actually playing in Brazil. The Uruguayans and the Argentinians probably don't have many that are playing there.

"To some extent, it's not like in the past where the Brazilians are unknown outside of Brazil until the World Cup came around."

England suffered a quarter-final exit against Italy on penalties at UEFA Euro 2012 - Hodgson's first tournament in charge - while their last appearance at the World Cup four years ago ended in the second round, when Germany prevailed 4-1 over Fabio Capello's charges.