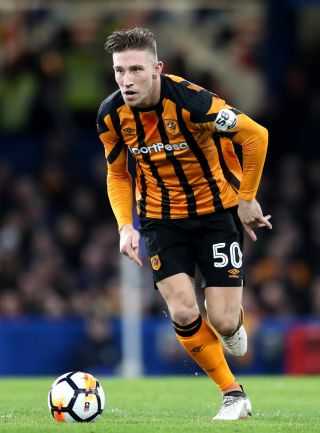 Hull defender Angus MacDonald has been diagnosed with the early stages of bowel cancer, the club has announced.

MacDonald, 26, had only recently returned to full training having been sidelined for almost a year due to deep vein thrombosis.

“Hull City are sad to announce that Angus MacDonald has been diagnosed with early stages of bowel cancer,” the Tigers said in a statement.

“Angus has shown great strength of character in the way he has reacted to this news.

“The whole Tigers family join together in showing Angus continued love and will support him in his recovery. His physical and mental well-being are our number one priority at this moment in time.

“The club kindly requests that supporters and the media respect the privacy of Angus and his family at this time. Please also note that any further updates on his progress will be provided by the club.”

MacDonald, who last appeared for Hull in April 2018, announced on Instagram last month that he had taken part in his first full training session since being diagnosed with DVT in November.

Hull signed him from Barnsley for an undisclosed fee in January 2018, but he has made only 13 league appearances for the Sky Bet Championship club.

The Winchester-born centre-half progressed through Reading’s academy and had loan spells at Salisbury, Basingstoke, Torquay (twice) and AFC Wimbledon.

MacDonald was released by Reading in 2013 and had permanent stints at Salisbury and Torquay before Barnsley signed him for an undisclosed fee in 2016.