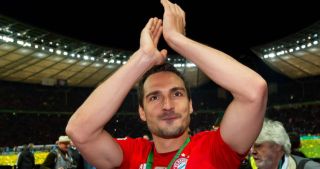 The 30-year-old has flitted between Bayern Munich and Borussia Dortmund for the last 11 years and could be set to make a familiar move, this time back to Dortmund.

Hummels has won seven major trophies, including three consecutive Bundesliga titles with Bayern since signing in 2016.

The World Cup winner began his career with the German champions before making the move to Dortmund in 2009, following a successful year on loan there.

And according to Sky Germany, he is in advanced talks to make another return for £27m, with centre-back partner Jerome Boateng also set to leave Allianz Arena this summer.

9 bold transfer predictions that will DEFINITELY happen this summer

10 big players who are available on free transfers this summer