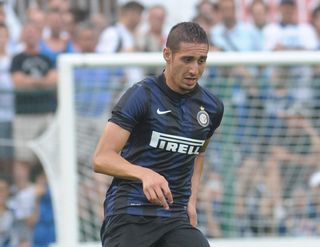 Walter Mazzarri's side ended a run of three Serie A fixtures without a win when they triumphed 4-2 on Saturday.

But the match ended in controversial circumstances when Belfodil and Verona's Vangelis Moras were sent off after full-time for an off-the-ball altercation.

Inter have now lodged an appeal against that decision to the Italian Football Federation (FIGC), while Verona have also announced their intention to challenge the punishment against Moras.

The 21-year-old will miss Inter's clash away at Atalanta later on Tuesday.

Mazzarri's men have amassed 18 points from their nine games in Serie A so far, and are fourth in the table.