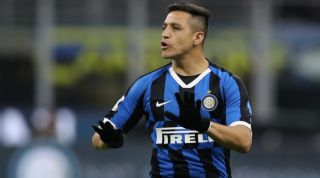 Inter Milan do not want to sign Alexis Sanchez permanently unless Manchester United drop their asking price, according to CalcioMercato.

They also want Sanchez to show improved form, with head coach Antonio Conte having not been fully convinced by the 31-year-old this season.

The forward joined Inter on loan in August, but has played just 13 times in all competitions and scored one goal since.

Man United manager Ole Gunnar Solskjaer says that the Premier League side will bring Sanchez back into their first team next term.

That is despite the fact that the Chile international has failed to impress at Old Trafford since joining from Arsenal in January 2018.

"Alexis will come back in the summer and prove you all wrong," Solskjaer said.

Yet this latest report claims that the Red Devils boss has no intention of bringing Sanchez back and is simply trying to drive his valuation up.