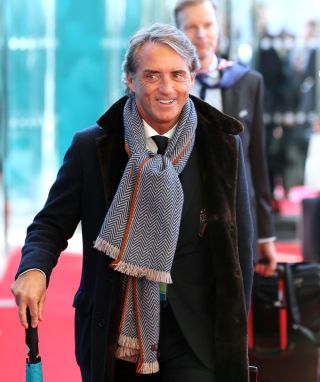 Roberto Mancini expects Italy’s Euro 2020 qualifiers against Bosnia and Greece in June to be “fundamental games for the group.”

Italy posted a second successive win at the start of their qualifying campaign by brushing aside Liechtenstein 6-0 in Parma.

Liechtenstein played the second half with 10 men after Daniel Kaufmann was sent off, but Italy had already inflicted too much damage, scoring four first half goals.

And they followed goals by Stefano Sensi and Marco Verratti, before Juventus star Moise Kean added a fifth 20 minutes from time and Leonardo Pavoletti completed the scoring.

“We had the right approach from the start,” Italy manager Mancini told Rai Sport.

“The win was assumed, but it was important to keep the right concentration levels and score a lot of goals.

“It was crucial that we created lots of chances and passing moves to make it a real game.

“In June, Bosnia and Greece will probably be fundamental games for the group.”

And Quagliarella added: “It’s a wonderful evening with two goals.

“I thank Roberto Mancini, who watched me throughout the season and gave me this opportunity.

“We are top of the group, and it’s a young squad that can only grow.”