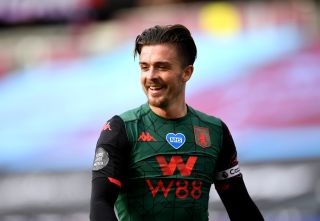 Jack Grealish has been called up to the England squad for the Nations League matches against Iceland and Denmark.

However, Marcus Rashford and Harry Winks have withdrawn, the Football Association has announced.

It is Grealish’s first call-up to the senior squad. The Aston Villa captain has previously represented England at Under-21 level and was a member of Gareth Southgate’s Toulon Tournament-winning squad of 2016.

Southgate was criticised in some quarters for his initial decision to leave Grealish out of his squad.

But a change of heart has seen the midfielder handed his first chance to prove himself on the international stage, following an impressive Premier League campaign in which the 24-year-old played a pivotal role in Villa’s Premier League survival.

Manchester United striker Rashford has withdrawn with an ankle injury, while Tottenham midfielder Winks has also been forced to return to his club.