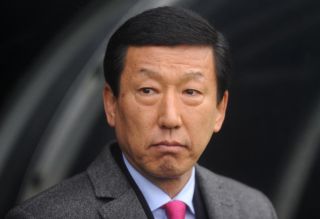 With the top six offering a spot in the championship round in South Korea's top flight, the duo face off at the Seoul World Cup Stadium looking for a maximum haul to increase their chances.

Seoul are just five points adrift of seventh-place Ulsan, while Sangju are a further point behind and, with Ulsan facing a difficult task at home to second-placed Jeonbuk Motors, there could be an opportunity to close the gap.

Indeed, Ulsan need look no further than Sangju to realise how much of a threat Jeonbuk will provide at the Munsu Cup Stadium, after they were on the receiving end of a 6-0 battering at the hands of Choi Kang-hee's men on Sunday.

However, the likelihood of the leadership changing hands on Wednesday is somewhat unlikely with Pohang set to visit Incheon United, who sit bottom of the pile.

Incheon have won just once all season and the last time the sides met in April, Pohang ran out comfortable 3-0 victors.

Elsewhere, third visits fourth when Jeonnam Dragons travel to Jeju United. The visitors are just three points off top spot and are gunning for a fourth consecutive league victory.

In other matches, Busan I'Park and Seongnam have home encounters with Suwon Bluewings and Gyeongnam respectively.